Top Ten I Wish I Had Written This 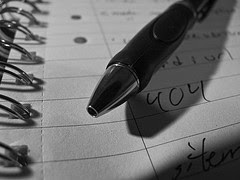 ‘I like them and my gut says so’ is the only criteria for the selection of the posts mentioned below which I came across during my random browsing. They are not in any order of priority. Hope you like them as much as I did. I also invite suggestions and directions to more such posts – including yours - as I intend to make it a regular feature.

Great brands are built on the value they create for the consumer. This is achieved by ‘doing’ rather than ‘talking’. A fact brilliantly stated by Adrian Ho.

‘Insight’ is a revelation according to the author (Aditerate). Not only does it tell you what an insight is but also tells you where you are most likely to find it.

Paul Bennett feels that creativity is about collaboration - this is more than ever true now than ever before because of the troubled economic times. He urges businesses (and people) to share, to give - ‘doing good begets doing good’. He should know. He is a Chief Creative Officer at IDEO.

‘Ignore everybody’ is the first point in ‘How to be creative’ by Hugh Macleod (Gaping Void) and it rolls thereafter with one useful tip after another. This is a very old post and the best part is that it is getting published as a book sometime this year.

‘Try everything and see where it goes’ is the inspiring line in this outstanding post by Dave Trott. With enough examples from people who have dared, Dave Trott tells us that we have to explore to succeed.

Sean Howard (CrapHammer) writes about the need to be ‘messy’ in order to enable conversations. I think this is not only true of the social media space but also advertising.

By telling the story of was created during the great depression and became successful in spite of the odds against it, Faris gives us all a message of hope in these unsure times.

Here’s a simple piece by J.P.Rangaswami, whom I discovered courtesy Chris Brogan, on why he likes Twitter. He uses the analogy of a submarine to make his point.

This is a farewell post as Editor by Gina Trapani who founded and created lifehacker.com into the force it has become. It is an inspirational piece especially for struggling bloggers like me.

PS: When I ran the idea of this post past a good friend of mine, he said that the title should be “Top Ten I wish I had written this, but alas can’t!”